This is the first half of the introduction to the forthcoming Dialogue and Alliance. I left out the article summaries that naturally fill out an issue introduction. 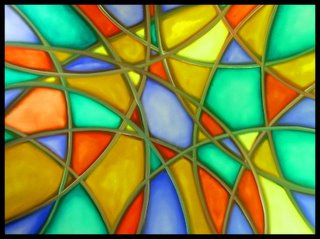 The past 50 years or so can be described as the modern period of interreligious dialogue. During this time, interfaith activity matured into a world of ever-greater complexity and sophistication. Distinct aspects and elements of interfaith embedded and nascent in undifferentiated forms in earlier efforts became distinct.

The other shocking, indeed horrifying thing to note about this same time period of interfaith maturation is that this development coincides with our descent into the single worst state of interreligious relations in human history.

If we are honest we will acknowledge that we teeter on the brink of global nuclear holocaust on matters pertaining unequivocally to interreligious and conflict. Shiite Iran simultaneously supports martyrdom schools (a purely religious concept) and races down the path to develop nuclear weapons capabilities. Neo-Christian United States (already a nuclear power) similarly trains volunteers to be willing sacrifices to expand US culture and values, and finally Israel is a known nuclear power.

Leaving Muslim Pakistan, and Hindu India aside (both of which are nuclear powers), this is the current state of interreligious relations after 50 or 60 years of the most rapid, highly funded advance of interreligious activities, institutions, and consciousness in human history.

Why is this juxtaposition not more widely considered, especially among the bumper crop of interfaith organizations blossoming forth by the dozens and hundreds?

I do not exempt my own organizations and institutions in expressing concern over why the ever maturing and expanding interfaith movement has carried on its work under the shadow of such unthinkable and apocalyptic developments?

Dr.Moon, founder of organizations associated with this journal repeatedly called for the establishment of an enlightened body of religious leaders, leaders who transcend historical parochialism, leaders who laboring an environment of committed and unmitigated collaboration with each other first, and then with one accord with leaders of secular institutions (including governments). There is a good record of the many occasions in which this call was made publicly, beginning with his August 25, 2000 speech in the United Nations.

The interreligious dread that surrounds us today is directly related to insufficient efforts to implement these inspired insights. No organization with a keen and devoted interreligious mission in their brief should imagine themselves to be without responsibility for the current state of global affairs.

It is thus with a heart of repentance and renewed dedication that I move on now to introduce this valuable collection of articles and essays.

This issue of Dialogue and Alliance is an excellent guidebook to what interreligious dialogue has become, how is has diversified and become evermore complex in it threads and manifestations. The once undifferentiated fledging world of interfaith now flows through threads and streams that have taken on trajectories of their own.

This is Fukuyama's Analysis of the Bush War

This first appeared in the New York Times

August 31, 2005
Invasion of the Isolationists
By FRANCIS FUKUYAMA
Washington

It is tempting to see continuity with the American character and foreign policy tradition in the Bush administration's response to 9/11, and many have done so. We have tended toward the forcefully unilateral when we have felt ourselves under duress; and we have spoken in highly idealistic cadences in such times, as well. Nevertheless, neither American political culture nor any underlying domestic pressures or constraints have determined the key decisions in American foreign policy since Sept. 11.

In the immediate aftermath of the 9/11 attacks, Americans would have allowed President Bush to lead them in any of several directions, and the nation was prepared to accept substantial risks and sacrifices. The Bush administration asked for no sacrifices from the average American, but after the quick fall of the Taliban it rolled the dice in a big way by moving to solve a longstanding problem only tangentially related to the threat from Al Qaeda - Iraq. In the process, it squandered the overwhelming public mandate it had received after Sept. 11. At the same time, it alienated most of its close allies, many of whom have since engaged in "soft balancing" against American influence, and stirred up anti-Americanism in the Middle East.

The Bush administration could instead have chosen to create a true alliance of democracies to fight the illiberal currents coming out of the Middle East. It could also have tightened economic sanctions and secured the return of arms inspectors to Iraq without going to war. It could have made a go at a new international regime to battle proliferation. All of these paths would have been in keeping with American foreign policy traditions. But Mr. Bush and his administration freely chose to do otherwise.

The administration's policy choices have not been restrained by domestic political concerns any more than by American foreign policy culture. Much has been made of the emergence of "red state" America, which supposedly constitutes the political base for President Bush's unilateralist foreign policy, and of the increased number of conservative Christians who supposedly shape the president's international agenda. But the extent and significance of these phenomena have been much exaggerated.

So much attention has been paid to these false determinants of administration policy that a different political dynamic has been underappreciated. Within the Republican Party, the Bush administration got support for the Iraq war from the neoconservatives (who lack a political base of their own but who provide considerable intellectual firepower) and from what Walter Russell Mead calls "Jacksonian America" - American nationalists whose instincts lead them toward a pugnacious isolationism.

Happenstance then magnified this unlikely alliance. Failure to find weapons of mass destruction in Iraq and the inability to prove relevant connections between Saddam Hussein and Al Qaeda left the president, by the time of his second inaugural address, justifying the war exclusively in neoconservative terms: that is, as part of an idealistic policy of political transformation of the broader Middle East. The president's Jacksonian base, which provides the bulk of the troops serving and dying in Iraq, has no natural affinity for such a policy but would not abandon the commander in chief in the middle of a war, particularly if there is clear hope of success.

This war coalition is fragile, however, and vulnerable to mishap. If Jacksonians begin to perceive the war as unwinnable or a failure, there will be little future support for an expansive foreign policy that focuses on promoting democracy. That in turn could drive the 2008 Republican presidential primaries in ways likely to affect the future of American foreign policy as a whole.

Are we failing in Iraq? That's still unclear. The United States can control the situation militarily as long as it chooses to remain there in force, but our willingness to maintain the personnel levels necessary to stay the course is limited. The all-volunteer Army was never intended to fight a prolonged insurgency, and both the Army and Marine Corps face manpower and morale problems. While public support for staying in Iraq remains stable, powerful operational reasons are likely to drive the administration to lower force levels within the next year.

With the failure to secure Sunni support for the constitution and splits within the Shiite community, it seems increasingly unlikely that a strong and cohesive Iraqi government will be in place anytime soon. Indeed, the problem now will be to prevent Iraq's constituent groups from looking to their own militias rather than to the government for protection. If the United States withdraws prematurely, Iraq will slide into greater chaos. That would set off a chain of unfortunate events that will further damage American credibility around the world and ensure that the United States remains preoccupied with the Middle East to the detriment of other important regions - Asia, for example - for years to come.

We do not know what outcome we will face in Iraq. We do know that four years after 9/11, our whole foreign policy seems destined to rise or fall on the outcome of a war only marginally related to the source of what befell us on that day. There was nothing inevitable about this. There is everything to be regretted about it.

Francis Fukuyama, a professor of international political economy at the Johns Hopkins School of Advanced International Studies, is editorial board chairman of a new magazine, The American Interest.

Posted by Frank Kaufmann at 8:56 AM No comments: